Following the conversion from high school to academy, students will now be seen wearing black blazers and coloured ties rather than a navy blue jumper. Further changes to the school include vertical tutoring and the introduction of houses. By presenting the housing system to the pupils, the academy is trying to promote the idea of an adventure around the world.

Each house will be named after one of six continents. Within each of these houses, there are up to 14 small tutor groups.  Previously, students were placed in forms which consisted of members of their own year group,  now students expect to spend their morning with children of all different ages. This is called Vertical Tutoring and the school hopes that it will bring children out of their comfort zone in preparation for work. Each form is named after a country in a certain continent. For example, a form group in the house Africa could be called Kenya.

There have been many queries about Vertical Tutoring. Parents are worried that their child will feel isolated without their friends or intimidated among the older students. Furthermore, pupils may not be given enough attention from tutors during important times for other children such as year 9 options and year 11 revision. The academy has worked hard to solve these potential problems. Some of the staff visited other academies which have the Vertical Tutoring system to carry out research. They found that the pupils, despite being different ages, felt comfortable around each other and would not want to change back to the old system.

Since there are only a few members of each year group in each form, the tutor will find it easier to commit to certain childrens needs at different times without leaving out other children. Whereas before the forms were too large for the form tutor to successfully cover everyone’s needs in the class. On the other hand, parents were also worried that the tutor would not be suited for their childs problem, for example a tutor that specialises in english will be no good for a year 11 approaching their exams, who wants to study science. To overcome this problem, the academy will allow short periods of time with a specialist teacher in revision time.

The academy will soon see major changes regarding the interior of the building. Already, the toilets have been greatly improved, before the changes, there was graffiti all over the walls and wet toilet paper on the ceiling. Now positive alterations have been made, the space is used more efficiently with more toilets and sinks. Bright colours have replaced the graffiti covered walls.

If all renovations to the school are as successful as this then the school will excel greatly in the future. Already, work has been started on the Junior and Senior vestibules.They will be converted from social areas to quiet, learning areas.  In the near future, the school hopes to have  improved the canteen as well, featuring booths instead of uncomfortable plastic chairs. 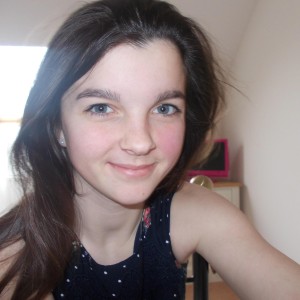