All the main parties are starting to take the climate seriously this election, so we started with this pressing issue. We asked the candidates; the UK Parliament has declared a climate emergency, and the government set a target to become ‘carbon neutral’ by 2050, but the Government’s Committee on Climate Change found that the UK is currently on course to exceed that target and many experts say that 2050 is too late and needs to be set much sooner. What plans do you have to tackle greenhouse gas emissions on the scale we need to see to avoid the worst of the coming climate crisis?

I believe that we need to take action on a massive scale to bring about a transformation in the way we live our lives, our economies and industries. As a Green MP I will help implement the Green New Deal which will do just that and bring about a carbon neutral status by 2030. We will invest in massive tree planting programme, support organic agriculture on a massive scale, invest in insulation for all existing homes, have world class standards for new builds, invest in public transport, including local trains, buses and
cycleways, and scrap expensive projects which will increase our greenhouse gas emissions such as HS2, new motorways, airport expansions, coal fired plants, all fracking plans etc.

There are so many areas we need to tackle on this that it’s hard to list them all – the biggest ones are transport, where I think we need a radical shift towards locally provided, well funded public transport being much more the norm especially outside major cities, and energy generation, where investment in renewable energy needs to be rapidly increased. New taxes to discourage excessive air travel and a block on airport expansion, a major new government-backed home insulation programme which would decrease energy usage in heating homes (and save many ordinary families a lot of money on heating bills), and a new tax regime for the City of London to discourage polluting investments are also all things I think are very important to help fight climate change. Finally, it’s important to realise that the UK can’t do this alone. I want to make sure we keep a seat at the European table, and both there and elsewhere prioritise climate change as an objective in diplomacy. The UK needs to lead the way itself in order to credibly do that, but we need a genuinely internationalist approach to solve the problem for everyone.

It’s important to think about the impacts of all of this. Locally, much of the land west of Downham Market is below sea level – sea level rise due to climate change is likely to lead to significant new flooding threats there in the coming decades. What crops are viable for local farmers, and with what inputs, will change if and as the climate does, and an increase in extreme weather conditions could seriously affect our farms here. This isn’t something we can afford to ignore locally, nationally, or globally, and it’s one of the things I’m most passionate about in politics.

Jeremy Corbyn and the Labour Party succeeded in making government declare the climate emergency, I’m really proud of them for that and I am confident they will push their policies through to ensure the safety and people and the environment in the coming years. Labours Green Industrial Revolution includes achieving a substantial majority of emissions reductions by 2030. “We will deliver nearly 90% of electricity and 50% of heat from renewable and low-carbon sources by 2030.” Labour commit to building : 7,000 new offshore wind turbines, 2,000 new onshore wind turbines and enough solar panels to cover 22,000 football pitches. New houses that are built under Labour will also be environmentally friendly and sustainable with ‘zero carbon’ being the standard and current homes will be upgraded to the highest energy efficient standards, not only amazing for the environment but saving us money on our bills too. Businesses and buildings will have to commit to energy targets. Heat pumps, solar hot water and hydrogen will be used as well as tidal energy. Fracking will be banned once and for all. Labour have so much more planned to tackle the climate emergency as soon as they come into power and this can be found in our 2019 manifesto. 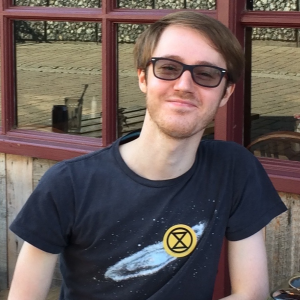