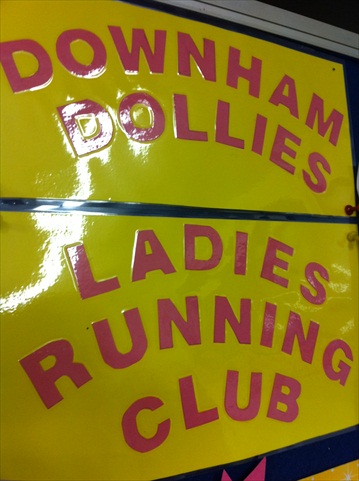 I first met the Dollies at the Annual Downham Market Community Fair. I was handing out downhamweb cards and looking for local groups to add to the site. I got chatting with one of the club organisers Kerry; “You should come along” she said. I visibly recoiled. “I can’t run” I proclaimed. After a rather […]

The Downham Market & District Angling Association offers coarse fishing on lakes and drains all over Downham Market and other areas. Open meetings are held in the Chequers PH, Wimbotsham on the  first Monday of April, May and June at 7.30pm. Visit www.dmdaa.co.uk for further information concerning DM&DAA or contact… Match secretary – Senior section: […]

Papers please is a game were you have won a job and a apartment. Your job is to control the borders of astotzka and stop trespassers and terrorists from entering. You have got to feed and keep you family warm by earning money from letting the people in but if you get it wrong you […]

The season for the Downham Croquet Club started in April and will end in September. The team plays in the serene grounds of Stow Hall, Stow Bardolph and members may play whenever they wish. There are a lots of competitive games and lessons to attend during the season. To become a member, a fee of […]

Downham Netball Club is a local sports club for women of 16 years or above. The club welcomes all women regardless of sporting ability, experience or fitness level. They also offer opportunities to progress and compete in the West Norfolk Netball League. Formed in 2008, the club has always provided a friendly environment for local […]

The Club enables youngsters to meet new people, learn new skills and improve fitness, all while having lots of fun. They are situated at the ATC hut at the top of Howdale road. Sessions are on Tuesdays and Thursdays from 7pm to 9pm. Contact the coaches for more information. Mel Green: 07931269479 Steven Kirby: 07917443396.